Wrist Locks In Self-Defence: Do They Work? 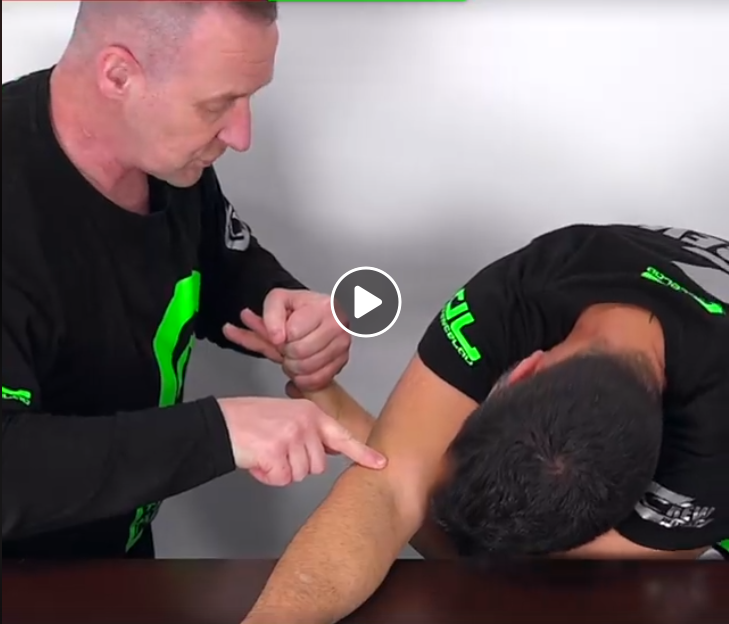 The wrist is a funny part of the body.

It is what connects the hand to the arm, and because we put our hands out when we fall, a wrist is easily broken or sprained.

The wrist plays a crucial roll in punching and grappling because it allows for the delivery of a strong punch, or to alter the position of the hand for gripping, control and direction in grappling.

So, given how vital the wrist is, we need to ask ourselves…..do wrist locks work?

Given I was a police officer for 17 years, I have applied more wristlocks than I can recall.

However, these locks were there to control a suspect, and so there is a particular time during the conflict that they can be applied.

Because what you will find is that with every wrist lock there is a problem and that problem is what I call ‘the stiff wrist’.

What I want you to do for a second is to stop reading this and stiffen one of your wrists and push down on the hand.

Our hands are incredibly sensitive to touch, and as a result, when a finger or hand touches ours in a combative situation, people tense up, and so do their wrists.

And when this happens to put on a wrist lock becomes incredibly tricky.

So what do you do?

Knowing that if the opponent stiffens their wrist, you are going to struggle to apply it, you, therefore, need to look for the right opportunities.

I call this the ‘early’ wrist lock and many of my older colleagues were spectacularly fast at applying a wrist lock without warning.

Almost like a Cobra, they would grab a wrist and have it locked up in seconds without any warning; in fact, they were very calming just before application.

By taking hold of the wrist quickly and without warning, you have a chance to apply it, and usually, if a wrist lock is used correctly, it is very incapacitating.

The Take The Arm Wrist Lock

So, you went for the wristlock, and they stiffened up.

Now you move up and look for an arm lock.

This was my go-to combination as a police officer, and it worked with scary levels of effectiveness.

If I decided to arrest someone and took hold of them, I would, of course, tell them they were under arrest and take their wrist and place it into the small of their back and ask for compliance.

If they complied, there were no issues.

If they didn’t, I would know instantly that, and they stiffened up their wrist and arm.

But that didn’t matter…..I was two hands-on against their single-arm and very quickly moved to control them via an arm lock.

And once the arm is controlled, I transition to a wrist lock or add a wrist lock as an additional layer of control.

The pain wrist lock is about applying pain either to the wrist or around it, or elsewhere.

I have seen this done by striking some in the wrist, leg, stomach or elsewhere.

This is more of a distraction so that the person relaxes their wrist for a split second and you can then force the lock on.

This type of wrist lock is very much what it says on the tin.

You see an opening, and you take it. Perhaps in the heat of battle, early on or maybe while grappling.

Should You Train Our Use Wrist Locks?

This is an interesting question.

The short answer is ‘if you have the time’.

A wrist lock is a must-know technique if you are involved in security, but for the rest of the world, it is a nice to know, not need to know thing.

While wrist locks are not very complicated, it is things such as body and hand placements that take longer to learn.

In addition, many self-defence classes don’t have the time to spend teaching them or learning them because the basics of footwork, body mechanics, striking and grappling are more critical and take longer to get right.

So, while wrist locks are extremely useful…..they are not essential learning.

That being said, if you have the time, then adding them to your learning is fun.

Another issue with wrist locks is that they hurt, so you have to be super gentle with your training partners.

Do They Work In The Street?

Well, as stated in a previous article, the ‘street’ really is a word to describe a wide variety of situations.

Ans wrist locks will fall into a must know for some people and a nice to know for others.

However, when you work in any area of security, you will have designated techniques to use.

And very often you will only be able to use these ‘approved techniques’.

So this is worth considering.

They are highly effective but probably aren’t right for everyone.

But if none of this applies, don’t overly worry about not learning them.