Martial Arts for Women: How It Can Reduce Domestic Abuse and Violence 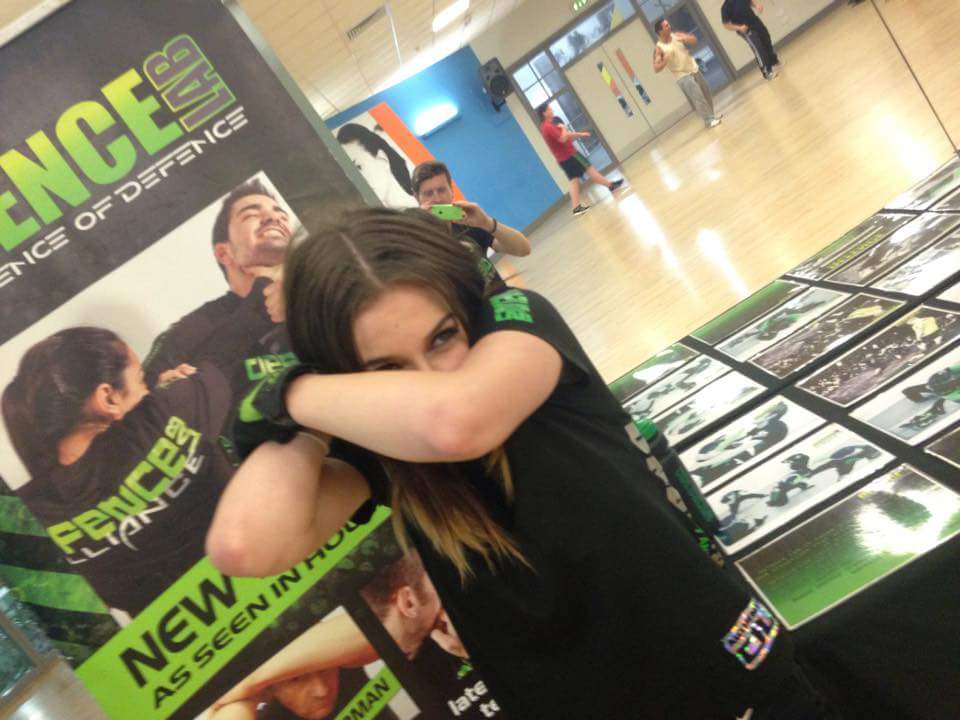 In this article, we will look at how martial arts for women can help to reduce domestic violence and how female role models are inspiring women to get involved in the martial arts.

The martial arts are traditionally a male dominated environment. However, a new wave of enthusiasm for female martial arts has been surging through the world. The cause is a former Olympic Judo player named Ronda Rousey.If you watch Ronda Rousey workout or fight, you can see why she has become one of the highest-paid athletes in the world.Her amazing Judo throws and punches have amassed her an army of male and female fans all over the world.

Whilst it is easy to just use Ronda Rousey as the face of female martial arts and self defence there are however others out there that are inspiring a generation of women that they can possess both femininity and martial arts skills.

This goes far deeper than just martial arts, for the first time we are no longer placing women as a victim. Instead, we are actually seeing that women can be every bit as destructive as a man; they can defend themselves against physical attack and kick ass and this is essential if we are to reduce domestic violence and attacks on females throughout the world.

The video below has floated around the internet but it does have an interesting back story, it is alleged that the male getting thrown has been abusing women, so one highly skilled Judo player took action against him. Ouch!

Other Women in Martial Arts

Another woman is making a huge name for herself in the art and sport of Russian Sambo, her name is Yana Kostenko a world champion on the mat with killer leg locks and throws, yet model looks off it.

The Benefits of Martial Arts Training For Women

The benefits of martial arts training for women is very much easy to see. Increased strength, fitness, confidence but most of all is the realisation that being female does not mean automatic status as victim.

Domestic abuse is a huge issue in society and by encouraging more women into the martial arts we can take a stand against this. If you think this is all about teaching women to fight, this is about showing men that women are not defenseless to attack and showing women through both positive training and role models that if you attack a woman, do not be surprised when she knocks you onto your ass!

According to Womens Aid each week, 2 women are killed at the hands of a current or former partner and this statistic is something we can change, and more female martial arts role models are essential to encourage more ladies into the arts.

Women in Martial Arts- Those Who Paved the Way

Now we have of course had some amazing women in martial arts, long before Ronda Rousey came along. These women inspired so many before to take up the arts. Take Pauline Laville-Bindra for example, 5ft nothing of explosive Karate power, she was showcasing the arts for many years and stood in front of classes of men teaching them Karate, the video below is inspirational.

Of course, we have had so many other leading ladies of martial arts. From Karen Briggs , Jane Bridge and most lately Gemma Gibbons, all of them Judo players that have inspired and are still inspiring women to take up martial arts. The video below is of Gemma’s Olympic semi-final where she defeated a world champion and guaranteed her a silver medal.

Whilst these successes are essential to inspiration, you do not need to create an army of medal winners. Martial arts can have so many positive outcomes even if only trained at a purely recreational level.

We asked one of our Defence Lab students their views on training in martial arts and Bethany Dean pictured below gave her account: 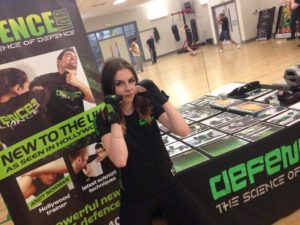 “Hey so I’m 19, I started when I saw Liam Doyle (my lead) promoting in town for the classes in Sheffield. Id had trouble with being bullied and similar problems in the past and I wanted to be able to look after myself, not only that but also because I was going to be starting uni soon and wanted to feel safe walking home from nights out and know Id be able to get at least home one piece if anything happened.

I knew about boxing, karate, kickboxing and Thai boxing but after learning about defence lab and talking with Liam it was the only system that really stood out to me in the respect that it would actually work, I just kind of knew that it would plus it looks pretty cool, so I couldn’t resist. At first I was scared about going to the class alone, and so it took about two to three months for me to get the guts actually to attend with a friend and we absolutely love it. It’s had a huge affect on my life as have the people who are a part of it. Liam (my lead) has had a huge effect on me as a person as well as not only has he trained me but has been a best friend, a mentor, a tutor and a guide to me and changed me into the kind of person I’m proud to be and really helped me out when I’ve had financial struggles and personal issues and even problems at uni. Ive always been safe in the knowledge that I can turn to my defence lab family for help and support. Ive loved meeting people from around the world who all share the same passion as me! (I almost cried when I found there wouldn’t be a world conference this year in the UK) I find everyone and their stories to be inspirational and every time I meet someone new i don’t feel awkward I feel like we’re already part of the same team and family. I think DL is the best system out there today without a doubt with massive focus on society today, the DL philosophy itself shows its so different from other systems, violence is the last resort, first we try to de escalate situations and calm things down and I really like that about it it’s not as aggression based as other systems,I also like that it isn’t designed on one on one sports based fighting but on society, how it is, where there is the potential to have to defend against multiple opponents and how it can happen anywhere and the way that it’s also trained prepares you for the emotions and thoughts that will probably occur in such situations.

I love the shape-shifting, and I’m just getting the mechanics down, I like how instinctive it is and how you can apply things learned in different ways, it’s very adaptable, even the basics can be played with as I’m learning with my lead DL has really changed my life for the better now I’m aiming to be an instructor and I train almost everyday of the week I can’t get enough! Not only that but the people and the family atmosphere has had a huge impact on me I’ve never felt part of a team and now I’m part of a family that spans the globe so it’s pretty incredible.. As a woman and from that perspective I feel like it’s essential to learn how to defend yourself especially in today’s society.

I never felt safe walking home alone or even walking at night especially since I came from a rather “rough” area. I’ve experienced how easy it is to be overpowered and made to feel vulnerable but since DL I’ve not felt that way. I feel safe because I know that the knowledge I’ve gained through training, and the insights of other DL members will help me to get out of any bad situations, I know that I don’t have to feel vulnerable and scared. I’m not sure if I’m making a lot of sense and I have so much more to say so if there is anything else you need or need elaborating on or just a different perspective on the questions, please contact me (I’m pretty bad at expressing myself )

I just feel it has a non-competitive non-ego approach, and the DL teach with passion, in fact it’s often the leads love and passion as well as the classes that get people to join and want to start their journey. If you’d of asked me two years ago would I be thinking of teaching kids martial arts and learning a street fighting self-defence system I know my answer would have been totally different… I’m so glad that I met Liam and tried Defence Lab as it has changed me and my life in so many ways and all for the better, a little corny but very true”

Martial arts has many benefits but for women it is a path that will help to reduce abuse in society, even through a small amount of training female students become more empowered and confident and if this helps just one woman to stand up for herself and not to tolerate domestic abuse it would be a huge achievement.

The message for men is clear, just because a woman is smaller and not as strong as you, it doesn’t give the right you the right to assault her and be careful, you might just be picking on a lady with martial arts training!