Is Defence Lab Any Good? The Hard Truth 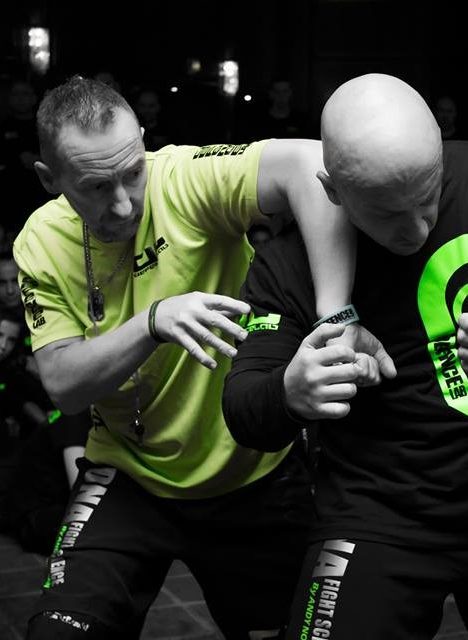 I was sat at my computer the other day, and I got a message on Facebook.

It was a person asking my opinion of Defence Lab ‘Is it any good they asked?’

I get these types of messages all the time.

It is as if people either don’t believe what I have been writing for the last 7 years about Defence Lab or they won’t believe.

So this article is my heart laid bare, my soul spilt out online, and the honest no holds barred truth about Defence Lab.

Ready, let’s do this.

Defence Lab  Is Tried And Tested

But this was going on long before this happened officialy.

Way back in 2007 I introduced Staffordshire Police to KFM (the forerunner to DL).

The techniques taught in a seminar by James Boyle and Paul Strauther would find their way ‘unofficially’ into lessons taught to UK officers for years to come.

I was personally there and witnessed this.

Defence Lab evolved and in the process gave a new, more complete system of self-protection.

So let’s deal with the ‘does it really work’  question.

Yes, it does, it is tried and tested under the most severe pressure faced by the UK police force and has been for some time.

I have personally used the techniques, and I teach them to my children as well.

But There Is No Ground Game.

If you have been a fan of DL for any time at all, you will know that the founder Andy Norman has been training in grappling for many years.

He is personal friends with many BJJ world champions and has trained with the best of the best.

As a result, there is a ground game in DL, but it is not one that looks like BJJ or Judo.

This is grappling created for street self-defence and takes into account the complexities of groundwork on concrete, multiple attackers and weapons.

Have you ever been on the ground and tried a butterfly sweep with 2 of the opponent’s friends trying to kick your teeth in at the same time?

First, take the sweep, does it work on concrete?

Yes, right let’s add to more attackers, does it work then? No.

So the sweep is a bad idea, let’s see what we can do instead.

Through hours of training and innovation, the DL ground game has been created to give you the best chance of surviving on the ground against the most realistic street attacks.

Does It Work Against Bigger And Stronger Attackers?

The Defence Lab shape framework is quite possibly the single most significant martial arts innovation of all time.

It takes the basic shape we all come to use in defence ‘the foetal position’ and evolves this into a defence and an attack.

The shapes are capable of protecting the head against a seriously strong attack while allowing you to counter with vicious elbows and hammer strikes.

So, yes it does work against stronger opponents.

Another myth or challenge that has been thrown at DL is that it only works with multiple attackers.

There is no secret that multiple attacker training is the very core of Defence Lab.

From week 1 this is what students train for because multiple person attacks are widespread.

They happen because when you attack a person in numbers, you vastly increase the ability that your attack will be a success.

But that doesn’t mean Defence Lab is no good against a single attacker.

In fact, a significant portion of training is delivered in the one on one scenario.

Defence Lab has punches that are great when you have 2 attackers in front of you and techniques that work well in the one on one.

It is this depth of subject matter that makes Defence Lab a journey.

Sure you can be useful after only a few months of training in Defence Lab, but the depth of syllabus provides training for all eventualities.

Defence Lab Is Too Violent

This is another odd but often repeated statement by many in Martial Arts who are looking for a more spiritual path.

Defence Lab is as violent as the situation requires.

The syllabus is taught globally  where different students face unique challenges for their location.

But it is always taught as a last resort; the ultimate aim is to avoid violence.

But Defence Lab is not a spiritual journey but it is a personal experience.

Students come to DL for self-defence, friendship, fitness and of course confidence.

They transform through their journey with us and while we would not call this a spiritual change, many would.

But Defence Lab is first and foremost about self-protection.

Hopefully, this post will have laid down once and for all the truth about DL.

There are many out there who do not believe that Defence Lab is effective and they make this assumption without trying it.

But this is why DL grows all the time.

Because it works in reality and it is the choice of professionals.

You can start your DL journey today by joining our online training courses, and you will soon begin to see the depth of Defence Lab.

Thanks for reading and stay safe.